The official opening ceremony was held «on the night of Saturday 29 with the first institutional act, which brought together the country’s leading authorities at City Hall, and then, in the main square, offered an aerial dance show. From now on, Manresa will celebrate forty events and a hundred different activities throughout the year to commemorate that Saint Ignatius chose this city to crown his initiatory journey. »

«The mayor, Marc Aloy, made a call to “permeate ourselves with the Ignatian spirit to project ourselves towards a better future”. President Pere Aragonès said that the celebration “is very relevant for Christianity as a whole, for the Jesuits, for Manresa and for Catalonia”.»

«The Ignatian year also vindicates its path, a pilgrimage route traveled by hundreds of pilgrims each year and which begins in the Basque lands, passes through La Rioja, Navarra and Aragón, until entering Catalonia and ending in Manresa. In total, 650 kilometers in 27 stages. The Manresa 2022 project was presented to Pope Francis by a delegation from Manresa, who invited him to visit the capital of Bages to coincide with this anniversary, a gesture that the Supreme Pontiff welcomed despite the fact that he is still awaiting a response. » 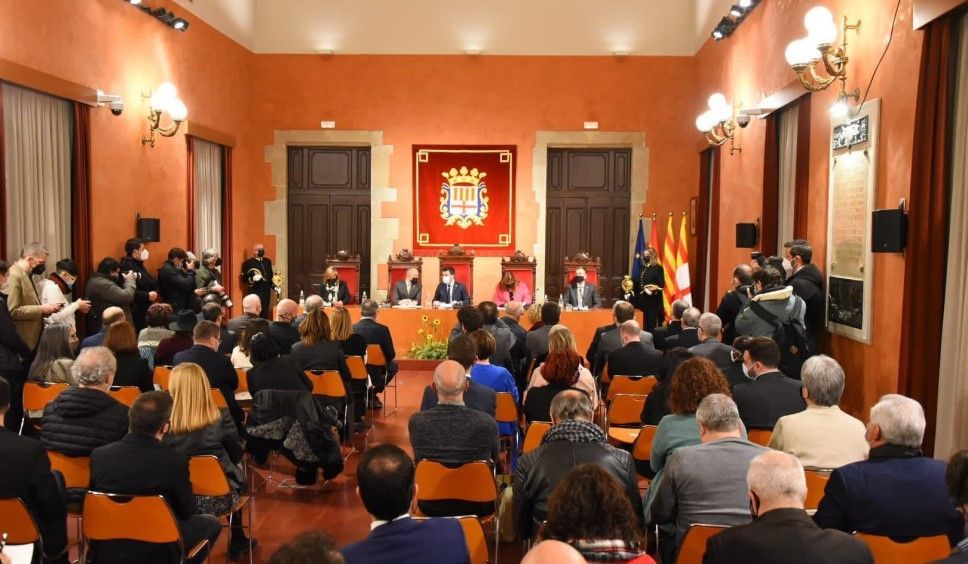